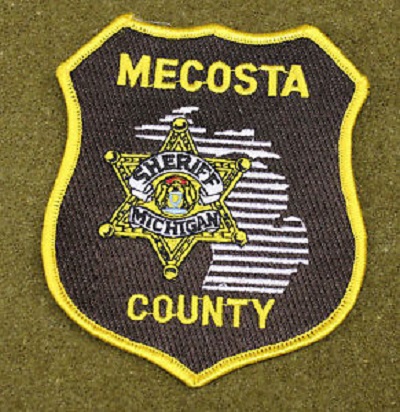 At around 1:00pm deputies responded to an address on Sunset Dr, Morton TWP. For court ordered pick up, transported male subject to SHBR for an eval.

At around 6:49pm deputies responded to a littering complaint on S Cass St, Aetna TWP. Male caller stated he saw a  subject in a vehicle, throw a bag of garbage into the parking lot.

At 6:10pm, deputies responded to a juvenile runaway complaint on 10th Ave,  Sheridan TWP. Juvenile ran away from home at 1530, is known to go to Barryton and hitch a ride. Deputies  were unable to locate him. Last time he ran away he was found in Lake Isabella. Isabella county was notified.

At 7:06pm, deputies responded to a domestic complaint,  at a residence on 16 Mile rd., Big Rapids TWP. Male Caller was being harassed by his son. Male  caller got upset about it and decided to confront his son. While doing so he was yelling and pushed him onto the couch. Male caller was arrested for warrant out of St. Johns. TOT pros.

At 6:12pm, deputies responded to a fraud complaint, at a business in Big Rapids TWP. An unknown individual made a transaction with counterfeit 20 dollar bill. Also used debit card.

At 3:51pm, deputies responded to a B&E complaint, on Water St,  Green TWP. Female caller reported male subject breaking into her garage. Deputies made contact with male subject and he stated he has been staying there for three weeks and wanted to get his stuff. Female caller stated he has never lived there and insisted that he had a gun. No gun found on him or seen in security footage of her residence.

At 7:22pm, deputies handled an abuse complaint in Big Rapids TWP. Female complainant believed that her ex-boyfriend abused their daughter. Made contact with the Childs father, he stated that he was disciplining his daughter and tapped her on the face. No injury on daughter.

At 5:24pm, deputies responded to an assault complaint,  COLFAX TWP.  Male caller reported that two of his sons, who were 8 and 10, had been assaulted at a birthday party when 20 yr old Female, forcefully took small balls from the kids.  Female said they threw the balls too close to a baby and then started throwing the balls at her.  Report to be sent to PAO for review.

At 6:04pm, deputies responded to an MDOP complaint, 19m/35th  Fork TWP.    Male subject caused a 2-vehicle accident and was arrested for OWI by MSP.  He then became violent and damaged one of the MSP patrol cars.  Deputies were sent to assist and put him in a patrol vehicle with a cage.  Male subject was kicking the interior of deputies vehicle while on scene and enroute to the hospital for a blood draw.  Male subject was lodged on MSP charges.  Deputies will send a report to PAO for attempted MDOP to the county unit.  City PD assisted at the hospital with a blood draw.