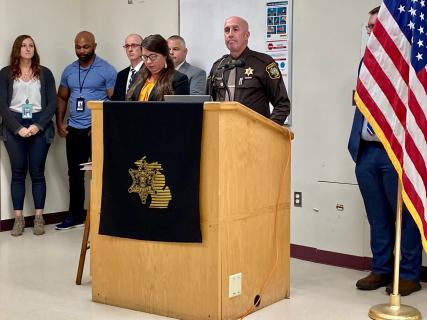 Mecosta County Officials have identified a man accused of murdering his family on May 27th in Austin Township.

Mecosta County Sheriff Brian Miller and Prosecutor Amy Clapp announced on Wednesday that 51-year old Charles Gillard will face 15 counts in connection to the death of his wife, 40-year old Dawn Gillard and their three young children, 6-year old Kaitlynn, 4-year old Ronnie and 3-year old Joshua on May 27th, before turning the gun on himself.

Clapp says Gillard will be formally arraigned in the next couple of weeks based on his recovery at UM Hospital in Ann Arbor.